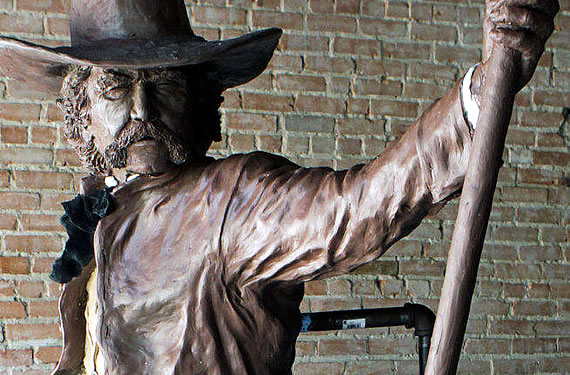 The City of Conroe, Montgomery County and the Friends of the Flag Foundation Inc. will hold an unveiling and dedication ceremony for the new Lone Star Monument and Historical Flag Park.

This historical and educational park will feature 13 flags depicting battles, with a plaque telling the history of each battle flag. The centerpiece will be a 14-foot bronze sculpture of “The Texian,” which will show a veteran of the Texas Revolution flying a Lone Star flag. At the entrance will be a bronze bust of Dr. Charles B. Stewart of Montgomery, the man credited with designing the Texas Lone Star flag.

Included in the ceremony will be the raising of flags by country superstars Clint Black and Marty Stuart. Following the ceremony, there will be a free concert featuring county singer Gary P. Nunn and many more.

The public is invited to attend the ceremony on Thursday, April 21, at 5:30 p.m.

The Lone Star Monument and Historical Flag Park is located at FM 2854 and I-45, on the east side of the freeway next to the Montgomery County Central Library.